It appears we have reached the end of the road for one of the great Tier II junior hockey league franchises in the country.

Based on every bit of research that I’ve done over the past two days, it look like the infamous Vail Powder Hounds have already ended their time as a team, 12 games into franchise history.

As you can see in the picture below, the Western States Hockey League has deleted them from the league website and standings page. Seems not good. 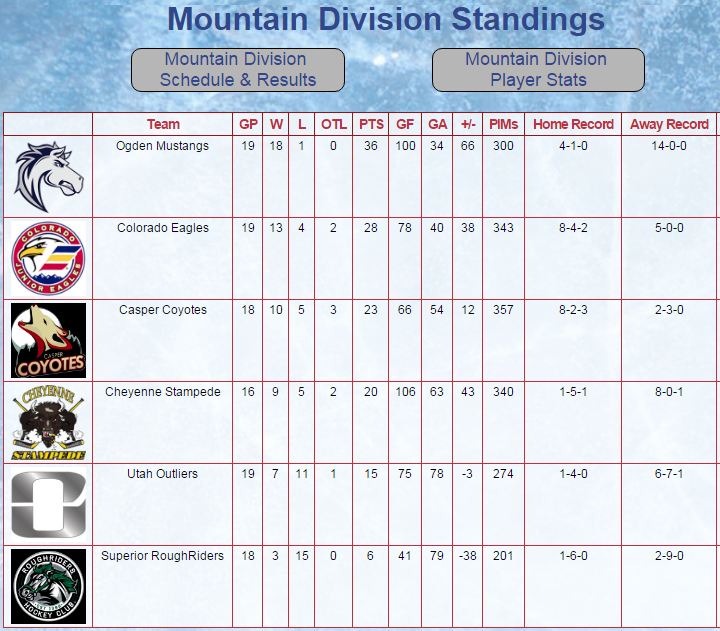 When we last saw the Hounds on ice, they dropped a 30-1 nail-biter to the Utah Outliers. Combine that with their three game sweep to Cheyenne with a 53-2 goal differential and the Power Hounds were outscored 83-3 over the last four games in franchise history.

Let me repeat that. In a four game stretch, the final four games it turns out, the Powder Hounds were outscored 83-3. Or, The average game was roughly 21-1.

Looking into their season more, they won the first game in franchise history, 4-2, over the Dallas Snipers, then lost the next six games by somewhat respectable margins. And by that I mean they gave up single-digit goals. Then over the last five game disaster struck and now here we are.

In that 30-1 game they had only 12 skaters dress. For those who don’t know, most teams will have 18 skaters on a given night.

The writing was kind of on the wall when the Butte Cobras, another WSHL team, posted on their Facebook page that an upcoming series against the Powder Hounds had been cancelled and replaced with games against the Colorado Jr. Eagles.

All of Vail’s games up to December 30 have been wiped off the WSHL’s master schedule, but games after that date remain on the league schedule. Most junior leagues will take time off around the holidays, but not six weeks like Vail is listed as having.

I reached out to the WSHL on Facebook and Twitter, but have not heard back yet regarding Vail’s standing as a team, and the Powder Hounds’ Facebook page and Twitter had not been updated in more than a month.

The newspaper in Vail also has not reported any news on this, but they also hadn’t reported on the team since the initial announcement that the town was getting a team.

Vail ends its run as a franchise with a 1-11 record and a goal differential of -120. They surrendered 139 goals in those 12 games while scoring 19.

But they did have a very cool logo featuring a very good dog.