Champions Indoor Football, the largest indoor football league in the country, has dropped two teams and will now play the 2017 season with 14 teams split up into two divisions.

The league had originally planned to play the 2017 season with 16 teams that were going to be split up into four divisions, Northeast, Northwest, Central and South, but now the new divisions will simply be North and South.

The two teams that have dropped out of the league were the River City Raiders and Chicago Eagles. According to OurSportsCentral.com, River City was removed for not paying its league fees, but the team claims it left when Chicago, its closest rival, left the league in mid to late November.

River City had been set to join the league after American Indoor Football folded following the 2016 season. The West Michigan Ironmen, also members of CIF, were AIF members with River City in 2016.

HOTSPROTSTAKES.com has reached out to the CIF for official comment about why River City and Chicago are no longer in the league.

The Chicago Eagles posted this on their Facebook page:

The Chicago Eagles are in the process of restructuring our company so that we can return to effective game play in 2018. We are continuing to build our player base and our sponsorship base in preparation to Fly Again in the 2018 season.
We would like to thank all the players, sponsors, volunteers, media , and all others who contributed to the 2016 season. We would not have been able to create a fun, family atmosphere for each of our 2016 events without your help.
Please direct all questions or inquiries to our General Manager
Julie Camp at juliec@chicagoeagles.us

As it stands now, here are the divisions:

The league also posted the revised schedule on its Facebook page, and since both River City and Chicago were set to be in the Northeast Division with West Michigan and Bloomington, it affects those two team’s schedules most.

From what I can tell, most teams in the South Division did not have their schedules impacted. 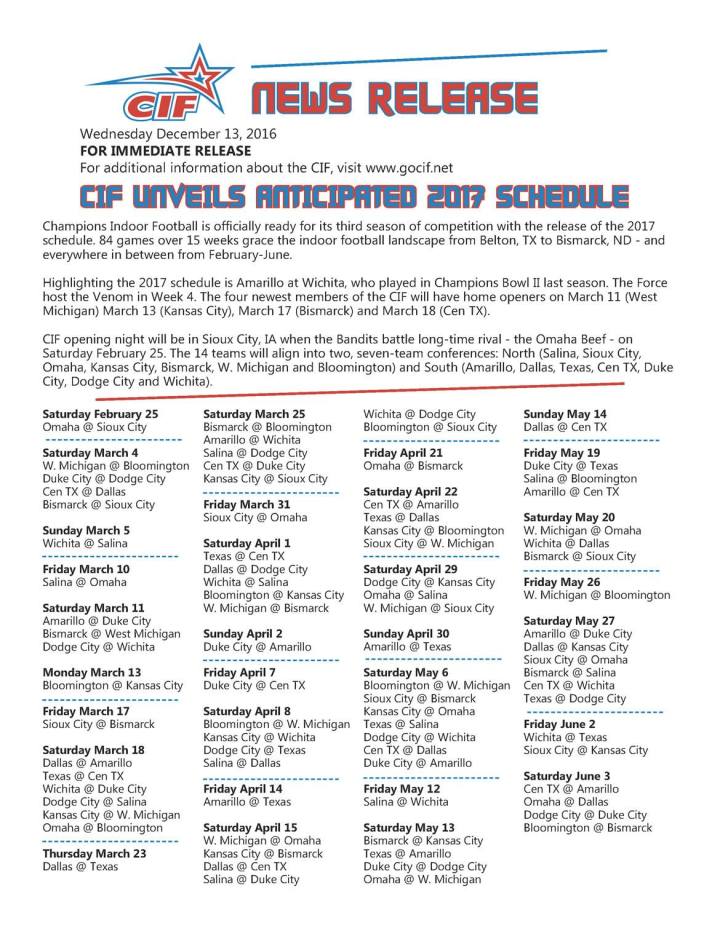