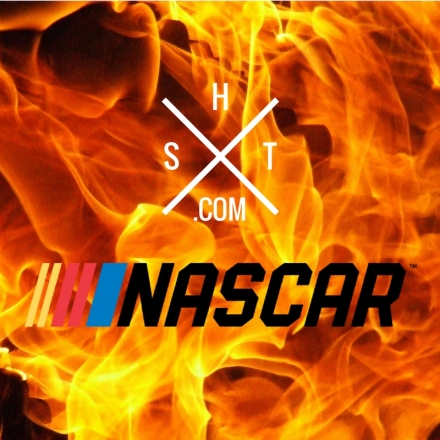 Since Monster Energy took over sponsorship of the former Sprint Cup Series, there’s been a lot of changes.

The races, long defined as “500 laps going in a circle,” are now divided into three stages, with points awarded for each stage win and each of the top 10 finishers in a stage. Cars also saw some minor aesthetic changes, with mirrors no longer brandishing the name of the driver on the front but instead the Monster wordmark.

The standings system has also changed due in part to the “stage win” concept, with an algebraic formulation of stage wins, top 10 stage finishes and overall positioning now determining the drivers that advance to the “playoff.”

Now, there are even more changes potentially on the horizon.

I have a couple thoughts about all of these:

NASCAR could definitely do with shortening the length of races. Most 500-mile races average about three-and-a-half hours or longer, counting cautions and breaks. Harvick, an active driver, would also know best regarding the safety of the drivers when it comes to a suggestion like this.

Obviously, shortening the races would lessen the potential for serious or deadly wrecks, especially at tracks such as Bristol, Martinsville and Talladega, where serious wrecks can mar an otherwise competitive race. The sport’s most popular driver, Dale Earnhardt Jr., recently admitted that an accumulation of concussions from wrecking forced him to mull retirement this past offseason after missing the majority of 2016.

There’s absolutely no reason for NASCAR to hold 500-mile or 400-mile races at tracks with no real character, such as Chicagoland and Kansas. It would also allow NASCAR fans to better plan their days around the race and for casual fans to be able to keep up access.

Of course, this runs directly in the way of two things NASCAR values: 1) its traditions and 2) its profits. NASCAR isn’t like most other organizations, in that track owners ultimately determine how and when races are to be held and hold major sway over scheduling practices. Eddie Gossage, who is the general manager of Texas Motor Speedway,  told ESPN in 2016 that fans don’t want shortened races and that talks of shortening races weren’t serious.

NASCAR should certainly consider it as an idea, but I highly doubt it passes.

I’m quite used to the format of the All-Star Race changing, so don’t color me shocked that it changed again. That said, there are couple twists in this particular All-Star Race worthy of diving into.

The All-Star Open, the race-in race, will have three stages and will take all three stage winners of full-time drivers. That’s not too much a surprise, considering that’s how many races go now at the top series. However, it does take a bit of the charm out of it, as previously, it was one spot to advance to the ASR.

The ASR will also be shortened to 70 laps, which is actually an improvement. Though, the stages coming faster and more often will be a tad annoying to deal with.

But I am stuck on the tire foil. NASCAR introduced this as a Very Big Deal in its announcement, and we figured out why just a day later. NASCAR has been flirting with the possibility of adding softer tires to all tracks starting in 2018, which would be the first time NASCAR has used multiple tires since the ill-fated Tire Wars between Hoosier and Goodyear.

It’s something that a lot of other motorsport organizations do, most notably Formula One.  At lower levels of sprint-car race, teams use as many as three different sets of tires to use. Even during the Tire Wars, teams only used one type of Hoosier or Goodyear tire.

This time around, Goodyear would supply both sets of tires. NASCAR teams in all tiers currently use Goodyear “hard” racing tires, which are known for their grip and ability to last. For the ASR and potentially in 2018, they would introduce “soft” tires, which run much faster but also wear out easier. The ASR is being seen as a potential test drive for this idea.

I’m non-committal to the idea, myself, but I’m of the opinion that if your peer leagues around the world have choices, so should you. This could be a good step for the sport, especially one that has taken a lot of flak for trying to strip away manufacturer differences for the sake of competition.

The reason that Eldora’s Midsummer Classic works is because the event is extremely unique. It’s a night race under the lights, on a giant half-mile dirt track with extremely wide turns and it just screams “small-town race day.”

It’s an appropriate nod to the fanbase and the use of the Truck Series cars gives it an even more appropos aesthtic, as Trucks are able to race the track in a different fashion than the other tiers of NASCAR. The Midsummer Classic allows for a unique tradition, a la the Winter Classic in the NHL. But just like the Winter Classic, too much of a good thing is bad.

Diluting a product for the sake of “unique experiences” doesn’t really do much good for the product and will ultimately result in fatigue.  Sure, the excitement of seeing Jimmie Johnson, Dale Jr., Chase Elliot and others racing 700-horsepower stock cars on a dirt track is exciting the first or second time, but hat about the third?

And do we REALLY want all three series racing on dirt tracks like Eldora? Does the sport create or promote dirt tracks to use only once a year? How would it impact teams on a week-to-week basis?

That’s even before getting to the safety implications of racing stock cars on a dirt surface.

In short, it’s an idiotic idea and I can’t believe that fans actually want to see that experiment expanded. I subscribe tot he theory you should just enjoy things for what they are.