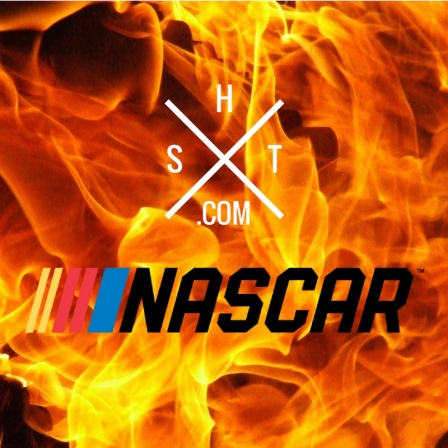 Earlier today from Hendrick Motorsports HQ, Dale Earnhardt, Jr. announced that he would retire at the end of this season. Dale missed a fair chunk of last season with concussion symptoms.

On the one hand, it isn’t entirely surprising that Dale is on his way out. He has the injury issues, he’s not getting any younger, and it’s pretty visible now that his driving abilities just aren’t what they were. Even on the super speedways that he dominated for a good portion of the past half decade, he just appears a half a beat behind.

On the other hand, this could probably have been timed a bit better. NASCAR is already bleeding starpower at an alarming rate. While popular fan favorites like Jimmie Johnson and Kevin Harvick don’t appear to be slowing down, the sport has lost a significant portion of its largest revenue-generating drivers in an extremely tight window.

Jeff Gordon retired at the end of the 2015 season, although he did get a few runs last season in Dale’s occasionally vacated ride, the 4 time champion, 93 race winner has likely hung them up for good (although Gordon did join Wayne Taylor Racing in their winning effort at the 24 Hour race in Daytona earlier this year, so there may yet be some cameo appearances left in the former driver of the 24 car).

Tony Stewart boasts a massive fanbase boasting nearly a million facebook likes, which isn’t far off Jimmie Johnson, easily the most successful driver in the series over the past decade. The fiery driver boasted 3 titles and 49 wins of his own. Although he had waned in popularity as his abilities declined, Stewart remained a household name. He retired following the 2016 season.

Carl Edwards announced his retirement from the sport completely out of the blue during the 2016-17 offseason. Although Edwards never won a title, his 28 cup wins over his 12 season career place him in some fairly distinguished company on the all time wins list. He sits above many hall of fame drivers such as Terry Labonte and Rex White. Edwards graced the cover of the latest NASCAR effort to re-enter the video game market which they’ve struggled to conquer of late. Combine this already fairly high profile resume with his signature backflip, which is arguably the most iconic celebration in motorsports, and this is some significant profile with fans being lost.

NASCAR’s ratings have fallen for as long as I can remember and losing the services of it’s 14 time most popular driver award winner is certainly not going to help, especially with the mass exodus of talent and profile that are already heading out the door.

To be sure, there are plenty of young up and coming future stars of the sport which will begin to carry the load. Including Chase Elliott, the son of 1988 Winston Cup champion Bill Elliott, as well as Kyle Larson, Erik Jones, and Daniel Suarez. Unfortunately for NASCAR, there are two cup wins among that group as it stands, both for Larson. I’m sure a little more recognition with a few more trips to victory lane among this crop of youth would have made the loss of Junior a lot less painful.

NASCAR has been in a tough spot for some time as it pertains to the quality of the product and the business aspects of what was for a long time America’s fastest growing sport, but short of a serious injury or death on track, this is about the worst thing that could happen for their #brand.