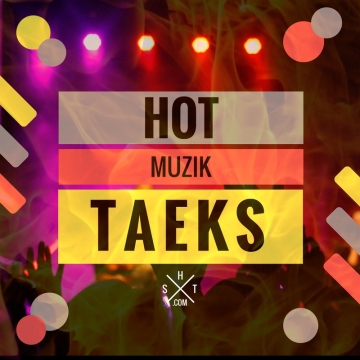 One of the things about dating a girl who keeps on the latest trends, both in fashion and in music, is that I hear a bunch of songs that I would otherwise never hear because they aren’t Hall and Oates, or didn’t appear on Live From Daryl’s House.

So when she gets her turn to listen to jams on road trips and puts on the hit music station, most of the songs that play are just…there, they are the definition of recycled music in that there is nothing original about it, and it sounds pretty dang similar to the previous six songs that played.

But now and again you hear a song that is pretty dang good, and then you find out who sings it and boy are you embarrassed to be liking that song. Today, my embarrassing music like is Nick Jonas, yes, that Nick Jonas, formerly of the Jonas Brothers.

Now, for those who don’t know much about his work outside of the JoBros, he has released three solo albums, two of which have reached the Top-10 on the charts, so he’s been pretty dang successful outside of being in a teen boy band that brought him his initial fame.

Well, one time while Tiffany were driving to Spokane, Washington from Butte, Montana, one of his songs came on and I’ll be damned if it wasn’t catchy as all heck, and a song that I still listen to this day.

For your entertainment, here is ‘Jealous’ which hit No. 7 on the Billboard Hot 100 singles.

Damn, that’s a catch jam, and one that does in fact bang.

But it’s not just that song! He has 2-3 other songs that are right up there as well, and are also regulars in my work rotation when I fill out indictment requests.

For instance, here is ‘Levels.’

This song only made it to No. 44 on the Hot 100 chart, but still, it’s a good jam to bob your head to, and if you aren’t singing “THERE’S LEVELS TO YOUR LOVE!” after hearing this song, well then something is wrong with you.

And then there is the banger ‘Chains’ which is a little slower but just as catchy. Again, this one has a hook that stays in your head throughout the day.

Now, I must admit I own none of his music and have no plans to purchase it in the future, but he has three pretty dang catchy songs that I actually don’t mind hearing.

What makes his songs even more funny to me, is that if you watch those videos up above, he has all the charisma and rhythm of a cardboard box. Seriously, he’s insanely awkward in all the one-on-one scenes, and he has dance moves that are almost as bad and embarrassing as mine. But hey, when you drop tracks like these three, you can dance however the hell you want.

So yeah. Nick Jonas has a couple good songs and I am not ashamed to admit that.