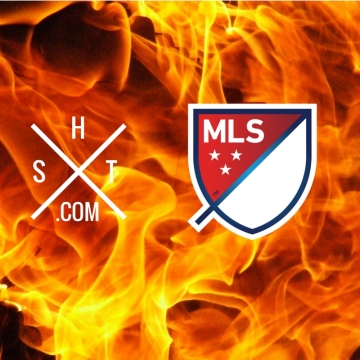 As Major League Soccer continues to grow, everyone (except everyone involved with MLS) seems to be clamoring for the league to adopt the promotion/relegation system of soccer seen in pretty much every other country in the world.

According to @Ourand_SBJ, @MLS was offered $4B in a 10yr global media rights deal if they went to pro/rel. #MLSpic.twitter.com/pzL4vvYEsx

We don’t have access to the full Sports Business Journal article (it’s behind a paywall if you want to search for it), but that seems like a major, major bonehead move by MLS, if this is indeed true. And John Ourand is a very good source.

Currently, MLS has a TV rights deal across ESPN and Fox Sports that nets them around $900 million ($90 million per year) total from its start in 2014 back until 2023, when this reported offer would have started.

Without even taking into account the idea of promotion/relegation, yet, if MLS had an offer to go from $90 million per year in TV revenue to $400 million, they would be foolish to pass it up, and figure out the rest after promising that money. And that’s for quite a few reasons.

The other big issue, and for some insane reason leagues keep ignoring this: The TV rights bubble is going to burst. It might be later this year, next year, five years from now, 10 years from now, but it is going to end. You aren’t going to see channels like ESPN, Fox, and NBC throwing around billions of dollars as often, especially for what would be considered a minor league in America. Mainly because less and less people are subscribing to cable every year.

So when the current MLS deal ends in six years, who knows what kind of money MLS might be offered for its TV rights. It might be the same package they just got, because channels have decided they can’t justify the cost of it. It also might be higher, who knows where MLS will be by 2023.

Here’s a simple way to look at it: If you walked into a casino with $100 and somebody walked up to you before you even sat down at a machine or table and offered you $400 to walk away right now, would you do it? Probably 99 out of 100 of you would say yes. You just made a 400 percent increase on your money, no matter what. Sure, you COULD hit it big at the tables or slots and walk away with WAY more, but you could also bust out and lose $100 in minutes.

Now, MLS won’t “lose” money on this, because somebody will offer them money for their rights, but again, there is no promise it’s going to be for $4 billion.

And then there’s the promotion/relegation side of things, which I totally get MLS and potential owners being opposed to, because if you are spending hundreds of millions on a team fee and new stadium, you don’t want to be in the minor leagues.

But it would make for a more exciting league, giving you more interesting games to watch as the season goes on, rather than just the games featuring good teams.

And it would also help the game grow at the lower levels like the USL and NASL. There are teams that do well in those leagues, but imagine how well they might do, and what the interest might be if you have the added stakes of possibly getting sent up to the top soccer league in the US and Canada? And you could repeat that two or three times at the lower level.

I have no idea how you might make something work, especially at the lower levels since MLS seems hell-bent on getting as big as possible. Maybe you only have two teams promoted/relegated. Or maybe you have to wait until MLS settles in at a certain number, plays one season, and six teams get sent down to a lower league to get them to 22, and then you go from there to have two sent up and down each year.

Again, I don’t know how MLS would make that work, or if it would be feasible, but for $4 billion, I would certainly be willing to try.