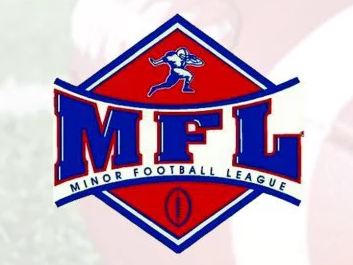 Every now and then a gift falls into your lap from the heavens above.

Today at HOTSPROTSTAKES.com, we have truly been blessed as writer @CallMeBednard spotted a sponsored advertisement on Facebook for something called the Minor Football League. And it’s website is an absolute delight on so many levels.

By now you’re probably asking, “What is the Minor Football League?” Well you’re in luck, because that handy bit of information is available right on www.mflishere.com!

From the MFL home page:

The MFL was organized in 1993 with one (1)  founding MFL Team, The Washington Chiefs, and has since expanded throughout the United States with 32 teams.

The Minor Football League provides a competitive platform for young athletes to compete in the game of football, while also serving as youth mentors and community service representatives during and after completing their junior college degrees.

The Minor Football League provides integrity, commitment and excellence in all we do.

Noble goals. And amazing that is has 32 teams considering nobody among the HST crew had ever heard of this league before this morning.

Oh and here is their “Vision” under the About tab.

The Minor Football League (MFL) provides integrity, commitment and excellence in all we do. The MFL gives athletes a second chance to play professional football. The MFL also gives municipalities an opportunity to host an MFL franchsie and assists with economic development. The MFL is here!

But what are those teams? Well let’s find out, because luckily for us, the league has a page on the website dedicated to just that!

Check out some of these logos!

Hey, those logos…looks suspiciously like all of the logos of real NFL teams from the past and present, and I don’t think this league is associated with the NFL in any actual way. And I’m no math expert, but didn’t the league just say in its little introduction that is has 32 teams? I’m counting 24 in this graphic. So either they have massive expansion plans to reach 32 whenever this league starts, or somebody is lying.

At the top the league does have some decent names with football experience running things. The CEO/Chairman and Founder is Richard Myles Sr., who played at Arizona State before an NFL career.

Oh and the Vice President of Football Operations is Fred Smoot.

Wait what? Yes. The same Fred Smoot who organized the Minnesota Vikings sex boat scandal. In case you’ve forgotten what that was all about, we’re here to help!

On May 2, 2006, Smoot pleaded guilty to disorderly conduct and being a public nuisance on a watercraft in connection with the Love Boat scandal. He agreed to pay a $1,007 fine and perform 48 hours of community service. Vikings owner Zygi Wilf said, in addition to community service, he would participate in numerous service events this season. NFL spokesman Greg Aiello said fines were likely, but Smoot would not be suspended.

On September 9, 2006, the NFL imposed a fine equivalent to one game’s salary against Smoot and former Vikings teammate Bryant McKinnie for their role in the Love Boat scandal, Smoot’s fine was $82,352.

That sounds like a good guy to have in charge of all football operations. At least the players will be happy off the field, at the very least.

Let’s keep going! Does the league have a made-up magazine on the website that doesn’t work if you click on it, and looks like it was made using Microsoft Paint (RIP) in 10 minutes? You know it does!

Not only that, but the website’s tabs for Dance Teams, Events & Programs, and Opportunities all lead you to blank pages.

Oh, and if you’re wanting to reach out to the league on Twitter, here’s it’s handle: @MFL_Football. Which leads you to some random account that has tweeted six times all in Russian. Seems legit!

Turns out the league’s new Twitter handle is @MFLisHere, which is just them retweeting a bunch of inspirational quotes and stuff from ESPN. That Twitter account bills itself as, “The premiere developmental football league…”

The league website claims it has hosted combines in June, but there is no mention of a schedule, actual team names, divisions, or when they might play actual games. This literally looks like someone decided they wanted to make a football league website, plunked down their $25 dollars to get the domain name, and went ahead and did it, hoping everything else would fall into place after.

Amazing. I bet this league doesn’t play one game in 2017.

And if by some miracle it does, you can be we’ll be there to try to track this disaster as best we can.