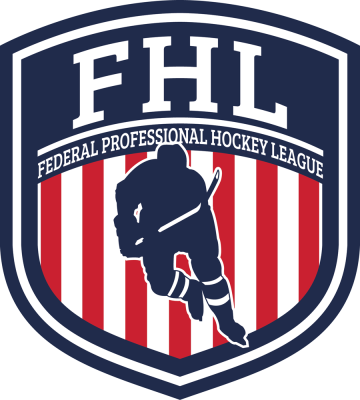 In our effort to cover obscure sports, or leagues you may not have heard of, HOTSPROTSTAKES.com is proud to announce that we will be cover the Federal Hockey League this coming season.

By now many of you are probably asking, “What the hell is the Federal Hockey League?” And to answer the first thought you might have had, no it is not the hockey league from the movie Slap Shot.

But the FHL is a low-level pro hockey league featuring teams in the midwest, northeast, and Ontario Canada. It has existed since 2010, and in the 2017-18 season will feature six teams who will play out a 56-game schedule.

When the league launched in 2010, it had a salary cap of $5,050 per week, with 20 players on the team for the first few games, then dropping to 18 players after that. That means the average player salary is about $280 per week. So maybe $1,000 a month for the season. Needless to say, this is a long way from the NHL.

The largest of those towns, outside of Winston-Salem, has around 80,000 people in it, so this isn’t some big-city hockey in overlooked markets. This is going to the rink and supporting your local team because dammit, somehow you have pro hockey in your town. League average for attendance last season was 773 per game, with the two lowest teams in the league either folding or relocating.

The league was set to have seven teams this year, but the Danbury Titans and Berlin River Drivers both folded during the off-season, the Titans within the past two weeks due to insurance costs for players.

So why cover this league?

Because we can and we want to. And because it has the two things that hockey fans like most, goals and fights, in abundance.

The AVERAGE team in this league scored 3.65 goals per game last season. The highest scoring team in the NHL last season was the Pittsburgh Penguins at 3.39 goals per game. So if you like high-scoring games, this is the place for you.

That being said, let’s take a look at some of the league headlines over the past week or so.

Watertown Wolves re-sign Dallas Ingram – Ingram, a defenseman, played in 40 games last year for the Wolves, picking up 10 assists in his rookie year.

Cornwall Nationals sign Nico Wilton – Wilton will be a rookie after playing last season in the Greater Metro Hockey League (Ontario) with the Temiscaming Titans, scoring 37 points in 33 games, including 20 goales. Wilton is also a physical player, racking up 591 penalty minutes in the Western States Hockey League in 144 games.

Danbury ceases operations – A big blow to the league as the Titans had averaged over 900 fans per game last season. Up until the announcement, the team had been taking deposits for season tickets and looking for sponsors.

Carolina sets training camp dates – The league’s newest team will welcome its prospects, signees, and others hoping to make the team from October 18 to October 21, and will conclude with a scrimmage on the 21st. All practices and scrimmages are free and open to the public.

So yeah, that’s where we’re at right now. We’re looking forward to covering the league as much as we can once it starts up, hopefully with a weekend preview piece each Friday, a weekend wrap every Monday, and maybe a mini-podcast with a guest from the league each Wednesday. Or, if you’re interested in helping us with this venture, reach out to us on Twitter, Facebook, or by email.

The FHL season starts on October 20 when the Waterford Wolves and Corwall Nationals play a home-and-home series against each other. Only 81 days until the season starts!