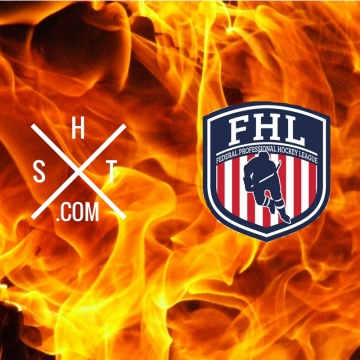 After an exciting dispersal draft that saw each team add 2-3 players, and with less than 72 days until the opening games of the season, the teams of the Federal Hockey League are starting to round-out the rosters they will bring into training camps come October.

That also means teams are looking to shake up those rosters, and Wednesday brought us our first trade of the season, between the Carolina Thunderbirds and the Watertown Wolves.

The two biggest pieces to move in this trade are Pestuka and Scully, who are both potent offensive players. Pestuka has two years of FHL experience, and in those two seasons has 101 points in 93 games, including 45 goals, while Scully had 32 points in 43 games last season for two teams, and is one year removed from scoring 58 points in 55 games. Scully is on the move for the second time in as many weeks after he was selected by Watertown in the dispersal draft. If anything, Carolina comes out a little bit ahead on this aspect of the deal.

Pietrantonio and Powell seems like a pretty even swap, with Powell putting up 35 points in 52 games last year, including 26 assists, while Pietrantonio had 28 points in 38 games for the defunct Berlin River Drivers.

The other piece to this is Nate O’Brien, who spent last season with Watertown, signed a try-out deal with Carolina, and is now heading back to Watertown. O’Brien played strong defense last year for the Wolves, chipping in 13 points in 41 games in his rookie season, but more impressively, netted a +17 in those 41 games for a team that pretty even in goals scored/given up.

All in all, this seems like a good trade for both teams, Carolina gets even more offensive firepower, while the Wolves get a decent return back on offense, while adding a defenseman who had a strong rookie season. Good for both sides.

Other than that, it was a pretty slow week for news in the FHL, with the Cornwall Nationals signing two players for the 2017-18 season in forward Antoine Guimond and forward Harley Haggarty. There is no data anywhere on Guimond, other than that he played in something called the LHSAM for Le Condor de St-Cyrille, which appears to be a men’s senior A league in Quebec, and that he is 6-foot-5, 220 pounds. So he will likely be a very physical player for the Nationals.

I have actually seen Haggarty play from my days covering the Butte Cobras of the Western State Hockey League, before he moved to the Greater Metro Hockey League and the Knights of Meaford, scoring 18 points and racking up 80 penalty minutes. Haggarty is second all-time in WSHL history in fighting majors, and is listed at 6-foot-1, 230 pounds.

Some of you might remember Haggarty from his pieces about fighting in the WSHL on The Players’ Tribune.

So yeah, I wouldn’t expect much in the way of offense from either of these two signings if I were a Cornwall fan, but they will definitely have two big, physical guys who aren’t afraid to fight in the lineup this season, and sometimes that’s just as good.