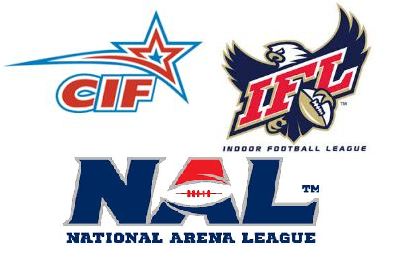 Another busy week for the minor league indoor football off-season, with Champions Indoor Football adding a team Wednesday, but also unexpectedly losing one, the National Arena League’s application deadline passing on Monday, and more rumors swirling about the future of the Indoor Football League.

Let’s get caught up on all the latest happenings.

That’s right, one of the most successful AF2 teams of all-time is back after an eight-year hiatus following the folding of AF2. It’s another big boost to the Northern Division of CIF, and is yet another market that the IFL could have looked at for expansion. The original Steamwheelers played 10 seasons in AF2, going 108-53, including playoffs, in that span, including 31-1 and two Arena Cups over the first two years.

They also announced their first coach, Cory Ross of the Omaha Beef.

The addition of Quad City would have brought CIF to 15 teams, including the heavily rumored by not yet officially added Wichita Falls Nighthawks, but, this is minor league indoor football and…

The CenTex Cavalry have “suspended operations”

It was not a good first year for the CenTex Cavalry, who played out of Belton, Texas. The Cavalry were the only winless team in CIF last season, going 0-12, and really never coming close to a win.

Here is the statement posted on their Facebook page yesterday:

Yes, they say they have every intention of returning in 2019, but usually taking a season off to regroup does not bode well for the future. And in case you were wondering, they have already been removed from the league website, and their team website leads to nothing now. RIP CenTex, we barely knew you.

Again, including the not-yet-official addition of Wichita Falls, this brings CIF down to 14 teams, the same number as last year. But…

I’m a member of a Facebook group that is all about indoor football, and there are some very legit people in the group who are heavily involved in all of these leagues, and one attended the press conference yesterday for Quad City, and while there they handed out a pamphlet that listed all of the CIF teams for 2018 on it.

Listed among them was the Sioux Falls Storm, as well as Wichita Falls, which raised quite a few eyebrows among the group. But keep in mind this list also had CenTex on it, who folded the same day they handed these out. Sioux Falls and pretty much every other remaining team in the IFL have been rumored to be joining or merging with CIF at some point this offseason, but the IFL expansion application deadline is Sept. 1, so there are still two weeks before we might know anything concrete about both the future of the IFL, and what teams may be joining CIF for 2018. Stay tuned.

Another interesting rumor popped up on the ArenaFan.com message boards, saying they have it on good authority that two teams from the IFL will join the National Arena League for next season. Now, the person who listed the post does not say which teams, but based on the size of their markets and success of the teams last year, many have been eyeing the Arizona Rattlers and Iowa Barnstormers as those two teams.

But the other thing in all this, is that the NAL expansion deadline was August 15, and nothing has been announced in the two days since, so as of Thursday morning, the league still sits at 11 teams for the 2018 season.

So yeah, it’s been another wild week in the crazy world of minor league indoor football, where more action happens in the off-season than it does during the regular season.