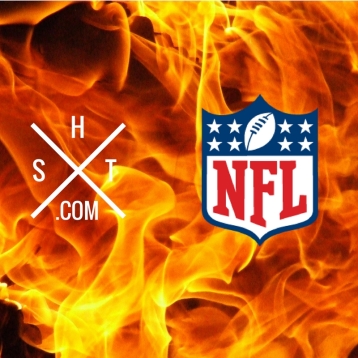 According to Twitter, the second full week of the NFL Preseason got underway last night, and even had a game on ESPN!

I didn’t watch (I watched the CFL game on ESPN3 instead), but saw all the “highlights” of Blake Bortles not completing passes for the Jacksonville Jaguars.

It’s bad football, we’ve been over this before, and really it’s a waste of time save for a handful of guys who are on the bubble about making the roster and need those reps to potentially secure their spot on the team.

But if there is a way to make the NFL Preseason better, we’re aiming to find it. And I think I have a few solutions to make the games better for everyone involved.

1. Shorten the Preseason to two games

There is no reason to play four preseason games. That just means four chances for your starters or key backups to get injured in a game that doesn’t mean anything, except a check in the owner’s pocket. Of course, because you’re now taking away a home game from each owner, you’ll probably have to come up with SOMETHING to try and appease them due to that missed revenue, but we’re here just for the player and fan needs, not the owners.

Again, fans in the cities where the teams actually play don’t go, so why not move the game to a place nearby where there are fans of the team, but where those fans may not always be able to make the drive to the city for the game. Say the Lions play a game in East Lansing, or Kalamazoo. Or the Cowboys play a game in El Paso. Or the Titans suit up in Memphis. Obviously there would be a lot of logistical things to figure out, and not every town has a 40-50k seat stadium at the ready, but this would be a bit of goodwill by the teams to get out to other areas and showcase the players.

3. All games are running clock

Get players off the field as fast as possible in these games. Every stoppage is just time that doesn’t come off the clock and more plays that need to be run where the starters or other players might get hurt. Now, you still stop it on scoring plays or plays where possession changes since those would eat the whole clock, but on downs 1-4, keep that clock moving, and get the fans and players home ASAP.

Think the hashmarks should be wider on field goal tries? Test it out in the preseason. Should kick-offs that go through the uprights be worth a point? Try it out in a meaningless game. Challenges on pass interference calls? Let coaches and refs try it out in a low-pressure environment. Do SOMETHING to make these games different from the regular season, minus the fact that the players that play three-quarters of the game are horrible. And give fans more access. Put them in the huddle, or up in the coordinators booth so we get more an idea of what goes on in football. That’s far more interesting than the actual crap that happens on the field after halftime.

And really, that’s all I have. I haven’t watched but 10 minutes of preseason football, and that’s about my limit on it. Wake me up when the real games start.