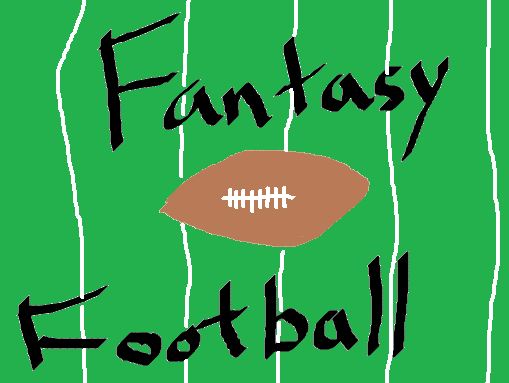 With Week 3 of the NFL preseason underway, it means that most people will have their fantasy drafts after the games wrap up.

The starters won’t play in Week 4, and after Week 3 we’ll probably know who is healthy, who is hurt, and who might be a sleeper for the upcoming season.

That means you should start preparing for your draft, and we’re here to help you have the best fantasy football draft experience possible. Not in terms of strategy, who to take, or what players might be sleepers, but just ways that you can have fun at your draft, because it’s fake football, and it should be fun.

Do SOME Prep Work

Now, I’m not saying you have to hunker down and buy a half-dozen fantasy football magazines, but just look at the free things on ESPN or any other site. Spend some time at work quick looking over things when you have down time. That’ll give you at least SOME idea of where players are ranked, who are sleepers or busts, and just will give you an overall idea of what you might expect to happen in your draft. You don’t want to go in cold and clueless, especially if it’s your first time playing, or you’re returning after a few years away.

For real, more than anything else, know the rules of your league. Is it PPR? Fractional scoring? Or you get five flex players? Knowing the rules will make you happier because your picks will make sense and you won’t be wondering why everyone is taking a tight end early if there’s some weird rule you didn’t notice, and suddenly your team is already worse than everyone else’s.

This kind of goes without saying, but you can’t enjoy the draft if you don’t show up, whether that’s for an online one or in person. You’ll miss out on trash talking, or maybe just catching up with people who you don’t get to see that often as we all get older, and then everybody will talk bad about you because you’re not there. Don’t give them the chance to do that.

Oh, and if you don’t show up, rest assured you’ll get auto-drafted the absolute worst team possible, so yeah, it’s doubly in your interest to be there.

Everything is better with food, including fantasy football drafts. Chips, pizza, wings, beer, pop, the standard stuff. If you’re having an in-person draft, nobody will be impressed that you made roast duck or something. And for drinks, what’s better than cracking open a few cold ones with the boys (or girls)? That doesn’t mean get hammered and turn into an idiot who then ruins the draft for anyone, but there’s nothing wrong with booze and fantasy football, it’s what the founding fathers wanted.

Again, I’m not saying you have to be sitting there with noise-cancelling headphones on blocking out all distractions, and looking over your draft sheets and magazines like you’re running a military operation, but keep at least an eye on your laptop. Know that your sleeper who you were eyeing in Round 8 maybe got taken, and that way you don’t spend the full time every pick searching for them, then making a frustrated and rushed pick that you’ll really hate come the end of the night.

Draft the Players YOU Want

It’s your team, and it’s fake football, so every pick that you make in this draft, right down to the kicker you take in the last round, should be one that when you make it you think, “Yeah, I like that pick and want them on MY team.” Ignore the armchair GMs who criticize every pick, or mock you for taking a certain player too high. It’s your team. If you’re a fan of the Chiefs and really wanted a Chiefs player on your team, go ahead and take them. Again, the whole point is to have fun.

Above All Else, Relax

Seriously, it’s a pretend game where you draft football players, it shouldn’t be taken that seriously, you’re most likely playing for bragging rights or some dumb trophy, or just the goal of not finishing last and being mocked by the rest of the league.

Unless your team cost like $500 or something, then you can ignore all of the things I said above and play for blood.