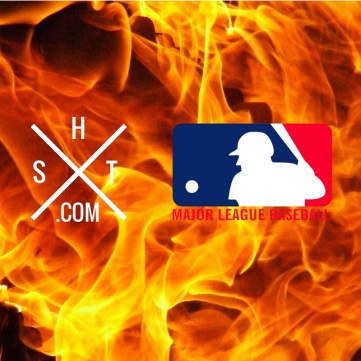 Wow what a postseason its been in baseball! Half of the series to this point have gone this distance, and we’re left with what most people will say were the two most consistent teams in baseball over the course of the year.

With Clayton Kershaw, Justin Verlander, Yasiel Puig and Jose Altuve, there will be no shortage of star-power in this series.

But who does our team of experts like? We’re here to make our predictions and what we think will be the difference.

One thing that always worries me about the World Series is when a team comes off a long layoff, and the Dodgers will be up against that, not having played since last Thursday. Meanwhile, the Astros are on normal rest and come in off the high of winning a Game 7. The other factor in this is that the Dodgers offense is entirely dependent on their 1 through 4 hitters, who dominated against the Cubs, but if they go cold, there is not much behind them. On the other side, the Astros have arguably the deepest lineup in baseball, couple that with the dominant pitching of Justin Verlander, and I think the Astros take this, with Verlander spinning a gem in the clincher.

I still don’t think people understand how good the lineup and rotation of Houston is. They’ve secretly been one of the best teams in baseball the last few months. The Dodgers team has the name, the season long success, a huge winning stretch, but they don’t have the momentum of a stretch that I’ve seen from Houston. Altuve and JV bring home the pennant to The Big Rich.

October is never about the best team, it’s about the hottest team. The 2017 World Series is a rare meeting between the two hottest teams who also happened to be the two best teams all season long.

The outcome in this series will depend heavily on the Houston Astros players not named Jose Altuve or Justin Verlander, who relied on those two to carry them in games 6 & 7. It also hurts that the Dodgers have home field advantage and the Astros looked helpless on the road at Yankee Stadium.

Meanwhile, the Los Angeles Dodgers have looked nearly invincible this postseason, losing only once, and the NLCS playing out like a clinic on how to win in the postseason and Cubs performance being a clinic on exactly what NOT to do. Clayton Kershaw/Rich Hill/Yu Darvish are a deadly trio of starting pitchers and the Astros don’t have a relief pitcher that matches up with Kenley Jansen. And this is to say nothing of the heroic performances from Justin Turner or Chris Taylor. And if those two don’t show up then there’s plenty of reinforcements like Yadira Puig, Cody Bellinger, Curtis Granderson, Chase Utley, Corey Seager, Joc Pederson, etc.

This of course sells short the depth of talent that the Astros have on their roster, but the bottom line is that the Astros struggled to score against the Yankees and were lucky to make it out of that series, whereas the Dodgers have looked invincible. Unless the Astros can score more runs and win some games on the road, it’ll be a short series for them.

I’m excited for the World Series because it’s a golden chance for Houston sports fans to be miserable. I know this sounds like I’m being a petty Dallasite, but they are awful people who would hope the exact same thing for us, and I’m looking forward to the Astros being up by 3 in the 9th inning of game 7 & the Dodgers hitting a walk off grand slam to crush their hearts. I hope the Astros never win a World Series. I hope they never win a baseball game again.

Both teams are extremely good I just think Houston has more guys that can deliver a home run or quality start on any given day. But best of 7 baseball series are always wacky. Maybe someone pulls a David Freese and has the best 5/6/7 games of their entire life and flips this whole thing around.