Wow it’s been a while since we ranked some logos for shameless pageviews, but we’re back at it and with some of the most exciting logos from a hockey league many of you have never heard of!

That’s right, we’re hopping in the General Lee and going down south (and one team in central Illinois, which, ok maybe that’s south?) and ranking the logos of the Southern Professional Hockey League! WHO KNEW THEY HAD ICE DOWN SOUTH THAT WASN’T FOR YOUR SWEET TEA!

This was a wild vote, with one team that edged ahead of the competition, and two teams that went toe-to-toe trying to avoid our worst logo!

Without further, ado, here are our rankings! 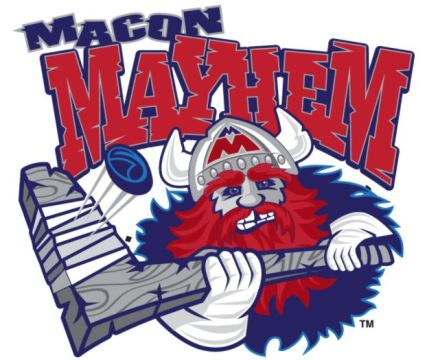 Here’s a fun fact for you: No team with a name like Mayhem, Rage, Fury, Thunder, Havoc, or whatever singular expression you can think of has ever had a good logo, and the Macon Mayhem don’t change that. This was the only logo to get multiple last-place votes. It’s…a weird viking guy with a really rigid hockey stick. The font in this is also awful. Just not good all around. The one clever thing in this logo is the MM in the viking’s helmet, other than that, it’s lousy. Well-deserving of last in this writer’s opinion. 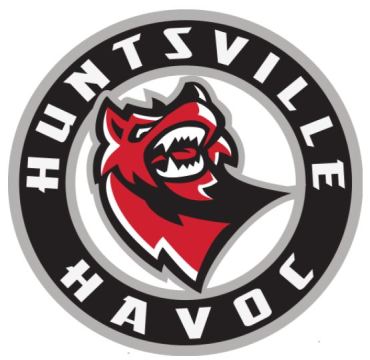 What we did just say about singular names? And the Havoc again prove that. It’s good colors, and honestly I don’t think the dog? wolf? is that bad but it just…what’s a Havoc? They also tried to class up the logo with the circle around it, which has been played to death by hockey teams at every level. If the team had a different name like Wolfpack or Pack or something, this might have scored higher. As it is, Huntsville and Macon were very close for the bottom spot. 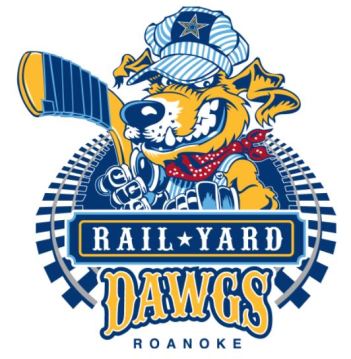 THEY’RE GOOD DOGS BRENT! I wanted this logo to be better, I really did. Who doesn’t love the idea of a dog wearing a train conductor’s hat? But it’s just too busy. The font is fine, the train tracks are OK I guess, and the dog isn’t bad. But when you combine all of it into one logo, it’s just a mess and too much to take in. Maybe if you take out the train tracks and simplify the dog a bit it may have scored higher. There’s a lot of potential here, but with all but one person voting this into the bottom half, it just didn’t connect. 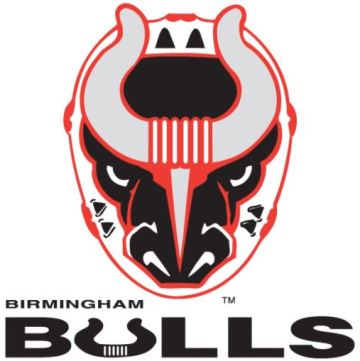 Honestly, I’m a little surprised this one scored so low, it’s a throwback logo from the Original Bulls of the East Coast Hockey League, but aside from two voters who put it in their Top-3, it just felt dated to the staff, with four voters putting it in their Bottom-4. It’s also a bit hard to tell that it’s a bull. Good colors, but a logo that could be (and probably should) be updated and brought into the 21st century. 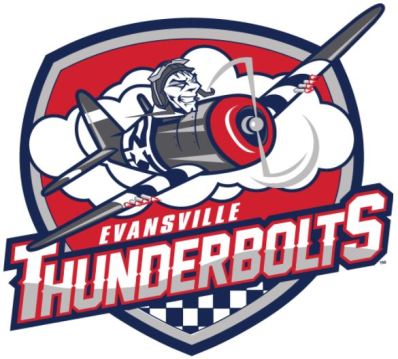 As one voter put it, “This could be a logo in the Ontario Hockey League, and I mean that as a compliment.” And it does, it feels like something that tries to be historic while at the same time being modern. The plane is cool, as is the Thunderbolts font, but I think it loses points for the weird, menacing guy flying the plane. Take him out and how nice would it look with just the plane in there? This was a solid, middle-of-the-road vote, with half putting it in their Top-5, and the other half putting it in the Bottom-4. 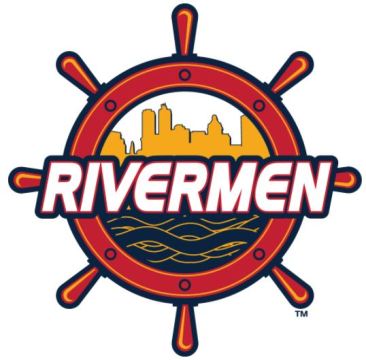 Honestly, I feel like this is a very solid logo. The boat steering wheel is a nice touch, the waves and city skyline being broken up by the font is cool, and the skyline being in gold/yellow makes it look like a sunset. The only issue I have with it is that while it’s very clean and a good blend of colors and design, there’s really nothing that pops out or makes it feel like it has real depth to it. It’s a solid logo, and there’s nothing wrong with that. 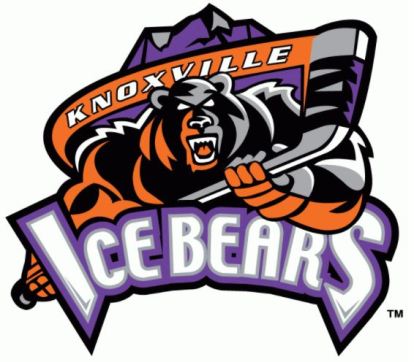 The was the most argued logo in the vote, with two voting it best (giving it the tiebreaker over Peoria), two voting it ninth, and two voting it middle of the pack. Those who loved it say it was the bear that drew them in, while those who hated it (myself included) just think it looks like a mess. I’m also not wild about the colors, it just feels like a really weird Halloween logo in my eyes. Also, I’m not a fan of teams that just throw “Ice” in front of a perfectly fine nickname because they’re a hockey team. You don’t see football teams named the “Turf Dogs” or “Turf Bears.” 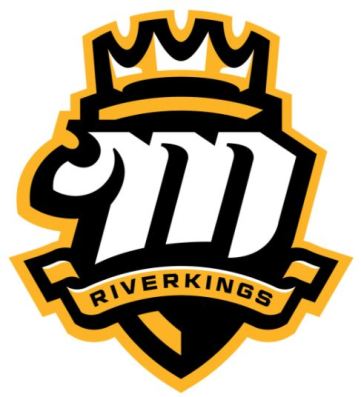 This is another logo that looks like it could be in the OHL, it’s very clean, looks modern while also trying to look classic, and it was right in the running for best logo with five voters putting it in their Top-5, but it was sunk by one person who put it last. It’s a very simple color scheme, and is one of two logos that doesn’t have the city/region they play in also in the logo, which I think keeps it looking cleaner. Well done. 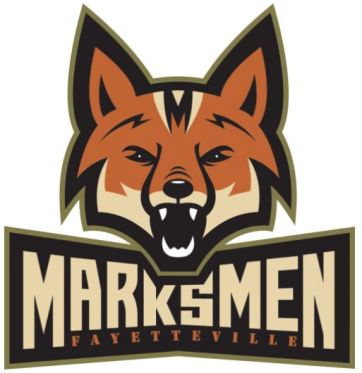 NOW THAT IS A LOGO. This is far and away the most original, clean logo in the league. That fox is very well done and would be a great crest if you took off the font below. The M on its forehead for Marksmen is also very clever. I’m also a big fan of the color scheme, with the slightly different shades of orange, cream, and gold. But not everyone felt that way, with those who didn’t like it saying that they couldn’t quite figure out what it was, but there was just something holding it back from really standing out. 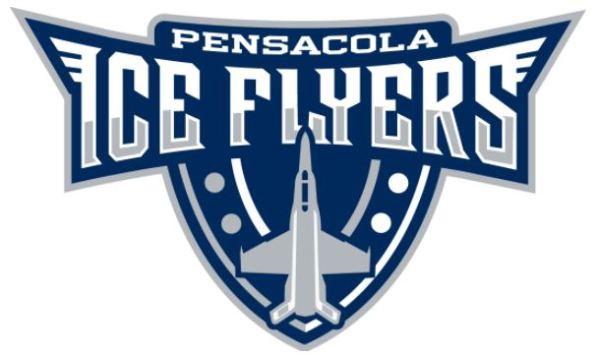 Sometimes just being the most consistent team pays off, and that was the case with the Ice Flyers. They did not get the most 1st-place votes, but they were also the only team that didn’t have a vote outside of the Top-5. And it’s easy to see why. it’s a very clean logo, with a nice font that gets bonus points for having the little wings on the edges of the I and S. And the plane is detailed enough, but not so detailed that you get lost trying to figure out what everything is. There’s the cockpit windows and two hockey sticks for the tail fins, simple but well done, and really, that’s what makes this the best logo in the SPHL.

So that’s our vote, and because we believe in democracy and transparency here at HST, here is how everyone voted: