I thought of a hypothetical the other day. If you could bring back any of the old stadiums that got torn down, no matter if they were around when you were alive or if they existed before your time, which ones would you resurrect? I decided to make my picks for each of the major sports. 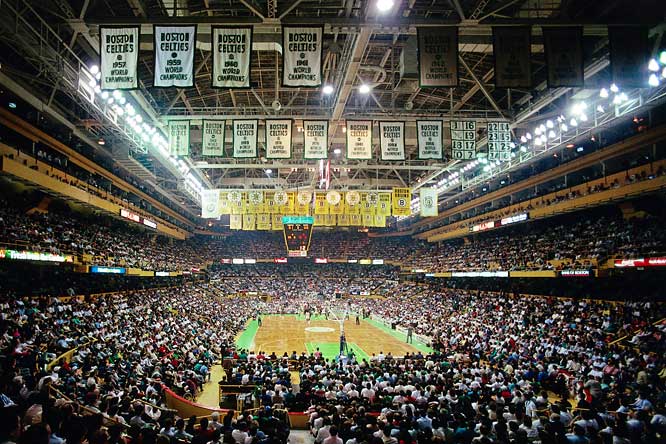 Duh, right? This is the only one that was a layup (pun very much intended) for me. The old Garden was an iconic venue for both hockey and basketball but it’s the old Celtics, American sports’ greatest ever dynasty, that put this place on the map. The Celtics players loved their home arena just as much as the fans did, often using their knowledge of the dead spots in the old hardwood to get easy steals. 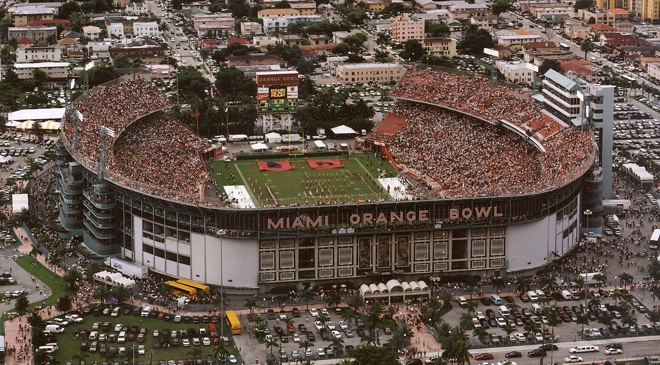 It turns out there’s not a lot of great old football stadiums that I would want to bring back. Most of them are just concrete ovals and even iconic venues like Texas Stadium and Veterans Stadium were total dumps. One that stood out though was the Orange Bowl. The Orange Bowl had an iconic, Latin inspired, facade, cozy seating and was home to a number of legendary football moments. The stadium hosted 5 Super Bowls, was home to the only undefeated NFL team in the Super Bowl era and was the filming location for Any Given Sunday.

I know, how dare I not pick Maple Leaf Gardens, Chicago Stadium or the Montreal Forum but hear me out, the original Winnipeg Arena was sweet, man. This was the loudest and most uncomfortable area for opponents. Fans were crammed into seats with no leg room and, as a result, stood the entire game. A great arena has to have quirks that make it unique too, and nothing was more unique than the gigantic portrait of Queen Elizabeth in the upper level. 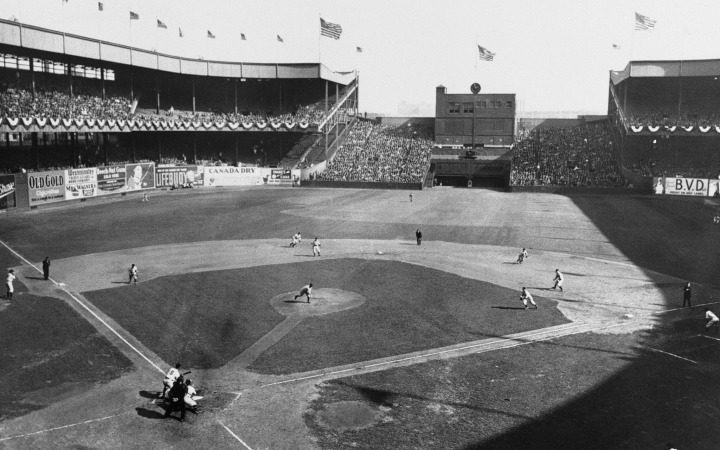 Baseball is definitely the weirdest sport and it takes a whole lot of weirdness to be one of the weirdest things in the history of the weirdest sport but Harlem, New York’s Polo Grounds is easily the strangest place in baseball history. The field dimensions were downright silly. You could hit a ball 500 feet to straight away center and it wouldn’t be a home run (fun fact: only 4 home runs were ever actually hit into the center field bleachers, Babe Ruth had 1 of them), but a routine 260 foot fly ball to right field was an automatic home run. The short porch in right helped make the legendary Mel Ott’s career, as he became a master of poking balls into the right field corner for some of the easiest home runs in baseball history. As for center field, it was so far away from home plate that the bullpens were set up in fair territory because the ball simply didn’t go that far. Also in fair territory in center field was the New York Giants’ front office, which even had glass windows that were never once hit by a ball. I would love to see the reactions from today’s players if they had to play a game in a stadium this wacky.