If there’s one thing in this world that I love, it is obscure sports leagues that pop up from seemingly out of nowhere. And yesterday, the obscure sports gods put a gift in my lap in the announcement of a NEW minor league indoor soccer team and league coming to my hometown.

That’s right folks, coming in 2018 is the United State Arena Soccer League, headed up by the owner of the Amarillo Venom of Champions Indoor Football.

The league announcement took a backseat to the announcement of the team that will play in Amarillo in 2019, FC Amarillo, the only team that has been confirmed so far, but we did get a little bit of info on what this new league might look like, thanks to video of the press conference on the FC Amarillo Facebook page.

According to the Venom/FC Amarillo owner, the league will be geographically similar to that of CIF, so mainly Texas and the Great Plains, think Oklahoma, Kansas, Nebraska, maybe Iowa, New Mexico and others who will be in there. To give you an idea of what you may see, here is the team map for CIF: 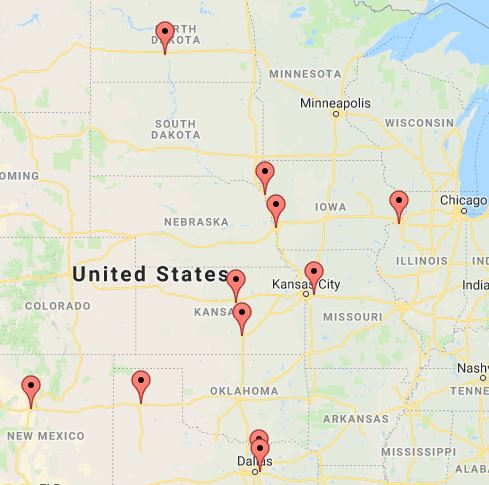 The only other hint that was offered was that the league had interest from other CIF teams, and that they were looking at 6 to 10 teams for the first season in 2019, the season running from April to July, about the same timeframe that CIF plays its season.

Now, the only other issue they run into is possible markets that are within this geographic region that already have teams in the more established Major Arena Soccer League (more on them in a bit). 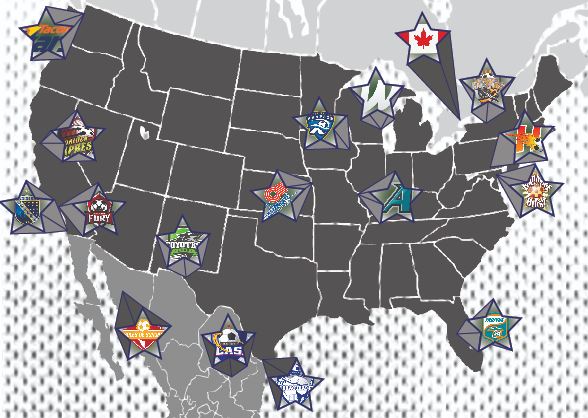 There is a team in Kansas City, which is a CIF city, and a team in Cedar Rapds, which is an IFL town that has looked at CIF due to geography, and maybe St. Louis. But otherwise, there are plenty of open markets, particularly in Texas, where the league could look to add teams.

The Venom/FC Amarillo owners have said this was something they had been working on four around five years, and honestly, in Amarillo I think it has a chance to go very well, due to a growing and diverse population in the city, as well as the growth of soccer in the city and region over the years.

The league truly came out of nowhere, I searched Facebook and Twitter for profiles or news about the US ASL, and found nothing. I was able to find a Futsal League called the Arena Soccer League, but that’s run by a league/group from Mexico and has teams in the USA, and plays by futsal rules (has out-of-bounds, played on a court-like surface, and is basically outdoor soccer played indoors), rather than arena soccer rules (boards, no out of bounds, played on turf), so they don’t appear to be affiliated in any way.

Now, there were no details about how this league formed, and this is purely speculation, but I suspect that they initially looked at MASL (Amarillo fits the geography well), but determined it was too expensive for expansion fees and player salaries. So they decided to make their version of CIF, but for soccer, where travel is much more regionalized, and player compensation is more affordable for these cities that join.

Really, that’s all we have for now. We’ll be on the lookout for more news about what teams get added, and will try to give you a first-hand report on the two exhibition games that FC Amarillo has scheduled in late April and early June.

Get excited fans of indoor soccer, there’s a new league in town!