Hey, it’s time for our favorite thing at HOTSPROTSTAKES: Ranking the logos of some obscure sports league you’ve never heard of!

That’s right, today we journal to the world of minor league arena football and ranking the logos of the mostly-east-coast-based National Arena League!

This was the largest vote in site history with a whopping NINE voters weighing in on these logos, including guest voter @RossWB! Special thanks to him for joining us.

This was also an interesting vote in that for a league with six teams, I’ve never seen rankings so clear-cut. There were two teams who instantly sank straight to the bottom, and one team who ran away and won by a record margin.

Without further, ado, here are our rankings: 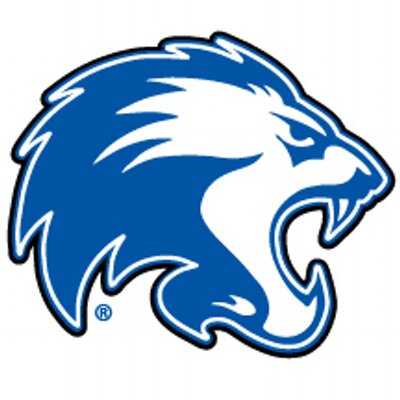 The consensus among our voters seemed to be that this was a poor man’s excuse for a Detroit Lions logo. Honestly, I don’t think it’s that bad (I rated it fourth), it’s a pretty decent side profile that has good movement and anger in the face, but yeah, all I can think when I look at it is that this logo was rejected by the Detroit Lions and Columbus got it at a discount. 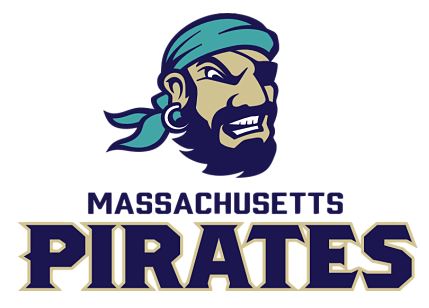 Aside from the two second-place votes, this was all 5th and 6th place, but those two votes were enough to bump it ahead of Columbus. I like the color scheme, and the gold outline on the wordmark is nice, but that Pirate is just…kind of cartoony, like what you’d see in a Nickelodeon show that has pirates but doesn’t want to be too menacing to scare the kids. I will say this though, this team has one of, if not the best, helmet in the league. 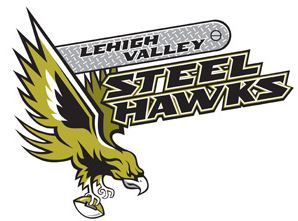 This was squarely in the middle with most of its votes being for 2nd, 3rd, and 4th, which seems fair. With four words in the logo it is a bit busy, but the diamond plate behind Lehigh Valley is nice, and overall it’s a pretty good bird! The bird clutching a football is a nice touch. Overall, there’s nothing spectacular about this, but it’s a solid logo and color scheme. 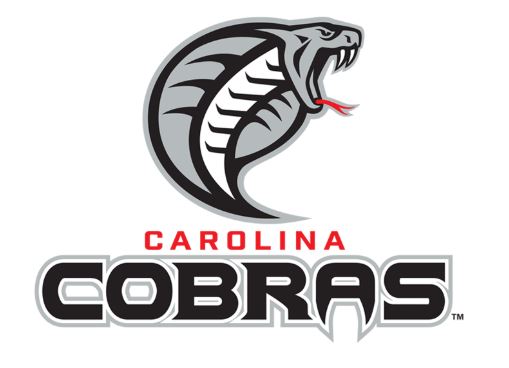 Oh heck yeah, now we’re getting good. That’s a mean looking snake and the COBRAS wordmark is really nice, with the tips and edges of the letters giving the appearance of fangs. This is pretty similar to the old Carolina Cobras of the Arena Football League, but it’s very strong. As @RossWB put it: Snakes are Objectively Bad, but that is a clean logo with the right amount of menace. 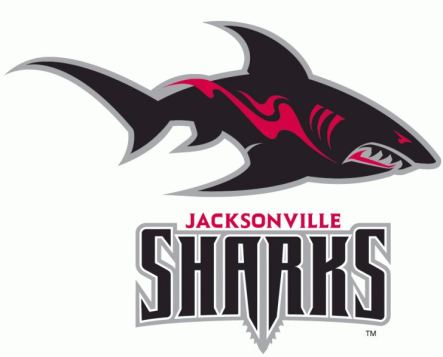 That’s a cool looking shark! And the wordmark in SHARKS also does like Carolina and makes it look like shark teeth, especially on the AR in the middle as you see above. I personally enjoy how it’s the full body of the shark, and not just a head or fin, that gives us some cool fins. This is a pretty evil-looking shark, but it works really well. There’s a reason they’ve kept this logo even after moving over from the AFL. 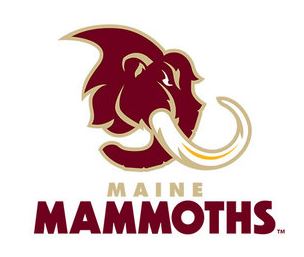 Now THAT is a great logo. The colors are awesome and work really well together, the side profile of the mammoth is spot on, where it looks instantly familiar, but also intimidating. I don’t know if we’ve ever had a logo run away like this in the vote to have SEVEN different people vote it the best one. This could have gone really bad as Mammoths is not a name that gets used a bunch, but they hit it out of the park with this one. Well done.

And as always, because we believe in the democratic process and transparency, here is how we voted: