The America Basketball Association, the new version that exists today and has like 100 teams across the country, and not the fun, weird, and wild one from the 1970, announced on Saturday that they have a new team coming to Miami, and that the roster will be entirely made-up of players who are ex-felons!

From the ABA website: (I apologize for their insanely long paragraph and spelling mistakes.)

After much thought ABA Co-founder, Joe Newman, decided to grant a request from the Ex-Felon Association, to form a first ever all ex-felon team in Miami, Florida.  It will compete as a full member of the ABA.  All players will be gainfully employed and adhere to the “ABA Code of Conduct.”  All players will be continuing their education as they matriculate into society as productive human beings.  These players will succeed and lead the way to additional teams being formed in other states as well.  The ABA was founded to create the most diversified professional sports league in history and to open opportunities to those who have been previously denied these opportunities.  Think about the movie “The Longest Yard” or take time to watch it to see what it meant to those inmates.  This ABA team intends to be a new vehicle for Ex-felons to prove that any human being can and will turn his/her life around given the opportunity.  The ABA wants to prove they are more than just a game.  They intend to prove it.  X-Freedom will prove it.

The ABA has provided the opportunity to use this game platform that can be used all over the world by ex-felons.  For every family member, friend, or corporate entity that has an ex-felon family member within, it is our “Call to Duty” to help us bring freedom to the title ex-felon. It is our duty to stop recidivism.  When children, as well as loved ones become entangled with the stigma of the word “felon” we are all hurt and condemned to suffer as we try to find ways for change in their lives.  It is time for a change and X-Freedom will be the shining light to follow!

I’ve tried to find a logo for the team, and the only thing I can find is this cut-off one from the ABA site, which looks like it was a picture taken of a piece of paper that has the team logo on it. 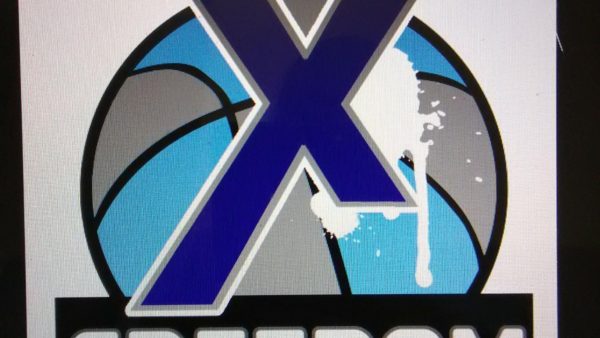 In all honesty, this is really a great idea. When people leave jail they leave with a stigma attached to them that they are bad people or shouldn’t be part of “normal” society, so what better way to show that these are just regular people who made a mistake, then getting a few of them together on a team and playing some hoops?

It’s also really cool that the release above states that they’ll be employed and furthering their education, in addition to playing basketball, so this is more than just, “Hey, here’s a chance to play some basketball,” seriously, this all sounds like a great idea. And a great way to give help to a group of people who really need it.

The ABA’s X-Freedom, coming soon to the court! (The basketball court, not like court court, they’re ex-felons remember)